How Drugs Affect Your Body 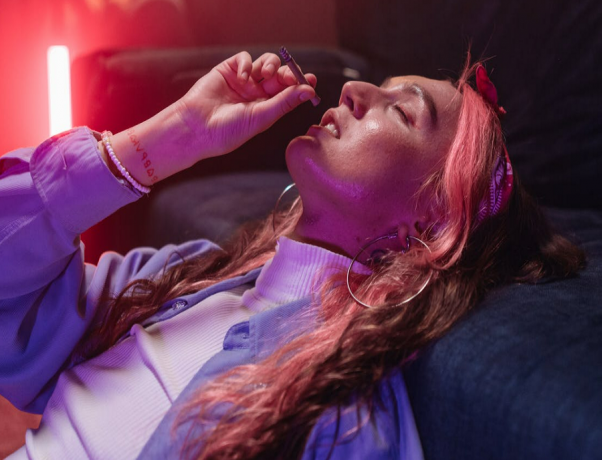 Drugs are substances that alter how your body works. Some drugs are legal, while others are illegal. Most drugs are taken by mouth, inhaled, injected, or smoked. How a drug is taken affects how it works and how quickly it works. Drugs can be addictive, which means people can get hooked on them and have difficulty stopping.

There is a lot of misinformation and misunderstanding when it comes to drugs. Some people think that taking any drug will instantly kill you, while others think that all drugs are safe. The truth is that different drugs will affect your body in different ways, and some can be downright dangerous if you're not careful. So, if you are curious about how different drugs affect the body, read on! We will look at the most common kinds of drugs and how they affect your health and well-being.

Marijuana has been used for centuries for its healing properties. It can help relieve pain, nausea, and vomiting, and it is also effective in stimulating appetite. However, marijuana also has some potential drawbacks. Some people may experience anxiety or panic attacks after using marijuana, and it can also impair memory and learning. Many of the same hazardous chemicals are found in marijuana smoke as are present in tobacco smoke, increasing the risk of lung infection. Thus, it is critical to consider the possible risks of marijuana before deciding to use it.

Excessive use of marijuana can cause problems with memory, learning, and attention. It can also lead to anxiety and depression. Many health groups offer resources and support for people struggling with marijuana addiction, for example, Delphi behavioral health group offers a comprehensive treatment program for marijuana addiction. They help patients with detox, therapy, and aftercare planning.

Alcohol slows down your brain and nerves as it is a central nervous system depressant. When people drink alcohol, they may experience slurred speech, drowsiness, and impaired judgment. Alcohol can also lead to more serious problems, such as liver damage, heart disease, and cancer. Drinking alcohol can also make it difficult for the body to process medications, leading to dangerous consequences. For pregnant women, drinking alcohol can cause congenital disabilities and developmental problems for the child. If you are concerned regarding your liquor consumption, talk to your doctor or mental health professional. They can assist you in designing a plan to cut back on drinking or quit altogether.

Tobacco contains nicotine, a substance that's addictive and harmful to the body. Nicotine is a stimulant, causing the body's functions to move faster. When people smoke tobacco, they may experience a temporary increase in heart rate and blood pressure. Tobacco use has a range of detrimental effects on human health. Smoking cigarettes is linked to an increased risk of heart disease, lung cancer, and other respiratory problems.

Chewing tobacco may also cause gum disease and tooth loss. In addition, tobacco use is a leading cause of preventable death worldwide. Numerous individuals continue to smoke or chew tobacco daily despite the well-known risks. Quitting tobacco use can be difficult, but it is worth the effort for your health. If you wish to take back control of your health, quitting tobacco is a great start. After you kick the habit, you will feel better physically and mentally.

The drug MDMA is a psychoactive substance that affects mood and perception. It is classified as a hallucinogen and stimulant. The drug produces an energizing effect, distortions in time and space, and enhanced enjoyment from sensory experiences. It affects the brain by increasing the activity of three neurotransmitters: serotonin, dopamine, and norepinephrine. Serotonin regulates mood, aggression, sexual activity, sleep, and pain perception. Dopamine is associated with reward-seeking behavior and increased energy. Norepinephrine is linked to alertness and increased blood pressure and heart rate. MDMA use can cause confusion, anxiety, depression, paranoia, sleep problems, and drug cravings. These problems can occur during intoxication or for weeks or longer after people take MDMA.

Some people who use MDMA report feeling depressed or anxious when the drug wears off. MDMA use has been linked to liver, kidney, and cardiovascular toxicity. In high doses, it can interfere with the body's ability to regulate temperature, resulting in a spike in body temperature that can lead to liver failure or death. MDMA use can also lead to dehydration and electrolyte imbalance because of the drug's effects on sodium levels. It can lead to kidney failure or cardiovascular problems. MDMA use can be addictive, and people who struggle with addiction may need professional help to quit.

Cocaine is a highly addictive narcotic that has immediate and long-term repercussions on your health. When you snort cocaine, the drug enters your bloodstream through your nose and goes to your brain. Using cocaine can lead to high blood pressure, increased heart rate, and breathing. You may also feel more alert and energetic. These effects usually last for 30 minutes to an hour.

Nevertheless, they can also lead to dangerous consequences such as heart attack or stroke. Long-term effects of cocaine use include problems with sleeping and eating, anxiety, depression, and paranoia. Cocaine can also damage your nose, throat, and lungs. If you inject cocaine, you are at risk of contracting HIV/AIDS or other diseases. Cocaine is a hazardous drug with profound effects on your health. If you or somebody you know is struggling with cocaine addiction, please seek help from a healthcare professional.

Inhalants are a broad category of household and industrial chemicals that people breathe in to get high. Inhalants can be very harmful, both to the person using them and to those around them. Inhalants are often easily accessible and inexpensive, particularly appealing to young people. However, the consequences of using inhalants can be grave. Inhalant abuse can lead to brain damage, loss of coordination, and even death.

Additionally, people who abuse inhalants often put themselves at risk for accidents and fires. Because of the dangers associated with inhalant abuse, it is crucial to be aware of the signs and symptoms of abuse.

Drug abuse can severely affect your body, mind, and soul. Please seek assistance if you are having difficulty with an addiction. Many resources are available to you, including rehab centers, support groups, and counseling. Do not put it off until it is too late – start healing today.

How Drugs Affect Your Body